“Don’t go away. I don’t want to be alone. I can’t stand being alone.” -Arnold Rothstein

I’ve always had quite an issue with being alone.  It doesn’t really fit well with being antisocial either.  It’s a really conflicting feeling.  I don’t want to be around people, but I don’t want to be alone either.  I think part of my problem with it may be the way other people act about it.  In school, there were a lot of times where I didn’t have friends so I spent my lunch period eating alone or reading alone in the library.  People always look at you funny when you do those things they laugh or whisper, but the majority of the time they don’t care enough to be nice or to try to talk to you.

Now, that translates to life after school too.  When you go shopping alone, or eat at a restaurant alone, or go to a party or event alone, these fully functioning adults act the same way those mean girls in high school did.  I feel embarrassed and a little pathetic in these situations because of the mocking looks people give.

I hate to feel alone.  I mean besides all the judging of other people, I think too much when I’m alone.  Sometimes, I realize harsh realities that I wish I hadn’t.  It’s easier not to think and to find a distraction.  When people are around, you have this false sense of security.  It’s a distraction to what is going on in your head and life.  But the problem is, even if you fool yourself into believing otherwise, you are still alone.

“We’re born alone, we live alone, we die alone. Only through our love and friendship can we create the illusion for the moment that we’re not alone.” -Orson Welles

We are alone.  We have to face the world alone.  There is no one by your side.  The fact is people don’t stick around they leave.  They may be there for a long time, but they won’t be there forever.  People grow apart or die in some cases.  Families turn their backs on each other.  Marriages fail.  Friendships end. People move away.

Everyone always says that’s not me that won’t happen, but it does.  It always does.  You hear from people less and less until you look down and realize its been years.  I’m tired of trying to pretend that it won’t happen and that people stay because they don’t.  The distractions are nice while they last, but it’s still an illusion.  No matter what happens you are alone.

I'm a college student from a rural state in the USA. I'm just doing my best in life. I love to read and will probably mention books that are inspiring me frequently. Oh and in case you couldn't tell, I am obsessed with flamingos. -Dee View All Posts

One thought on “Alone” 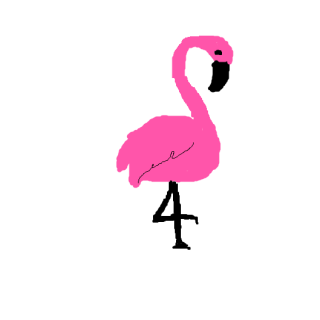 I'm a college student from a rural state in the USA. I'm just doing my best in life. I love to read and will probably mention books that are inspiring me frequently. Oh and in case you couldn't tell, I am obsessed with flamingos. -Dee